What is That Smell!

Odor removal is the single most common automotive detailer request. Between pets, people sweat, stale perfume, dropped food and spilled liquids, dirty tennis shoes, and the remnants from the latest picnic or fishing trip, your car or truck can quickly become a real stink-fest!

Most over the counter odor removers simply cover up bad odors rather than removing its source, such as the bacteria left behind from a spill, accident, or a stain. Trying to clean it up yourself using a scrub brush, bucket of water, and everyday cleaning detergent or shampoo just makes it worse!

Without the proper hot water distribution and powerful suction mechanism, it is impossible to remove all the moisture and the residuals from the odor-causing spill or stain. In fact, soap, water, and a scrub brush do more to spread the stain and odor-causing bacteria than remedy it.

Fortunately, most odors can be completely eliminated by removing, not covering up, the residuals of the accident. By scouring, sanitizing, and deodorizing the trouble spots, Galaxy Auto Detailing can help you overcome difficult stains and biohazardous bacteria, thereby permanently removing the odor. 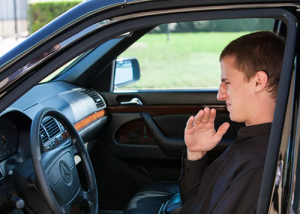